3
Rewilding The Yorke Peninsula
21 January 2016
Next 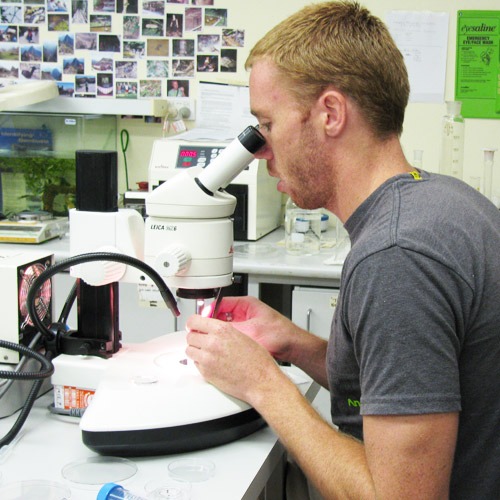 A critical missing element in wildlife conservation is the long-term security of our diminishing wildlife genetic diversity.

Critical genes for the survival and future evolution of species are being lost from many species whose numbers in the wild are now becoming too small to maintain genetically healthy, outbred populations.

Added to this, the list of species whose conservation status is being downgraded is growing, and the risk and number of extinctions is once again on the rise. The wave of extinctions that swept Australia and NZ in the first 150 years after European settlement is at risk of being repeated in the 21st century as the impact of habitat loss, climate change, invasive species, emerging diseases and unanticipated events like the recent downward spiral of the northern Australia mammalian fauna combine to produce chronic declines for some species and sudden crashes for others.

How can New Technologies help? A coordinated national system of fauna banks for the storage and recovery of genomes of native wildlife is one way technology can help. Sometimes called gene banks, or genome resource banks, genome storage facilities are common and successful resources in the fields of human health and agriculture, so why not for wildlife? Cryopreserved eggs and embryos help many human couples to have families. Productivity in livestock industries is many times higher because of the use of frozen sperm and embryos to disseminate the best genes and produce the fittest, disease resistant animals. Australasian wildlife
deserve to have access to the same technologies. A national system for the storage of genomes (and a broader Australasian network encompassing New Zealand and the Pacific Islands), supported by ongoing research and improvements in reproductive technologies, can store the genetic diversity of species under threat before it is lost, and eliminate the risk of extinction. An effective system of gene banks that holds the sperm, eggs, embryos and other tissues of wildlife will make genetic impoverishment of at risk populations and extinction of species a thing of the past.