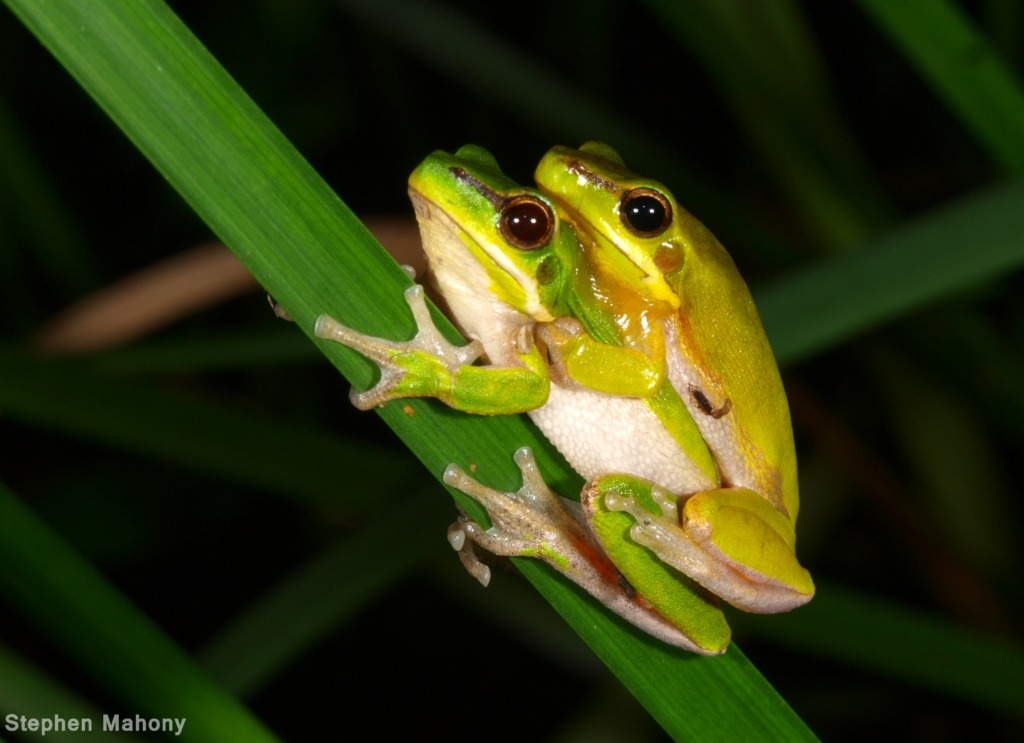 FAUNA Research Alliance scientists from the Conservation Biology Group at the University of Newcastle are anxiously waiting to see if the first tadpoles produced from frozen frog sperm will complete metamorphosis into juvenile frogs. The same group of scientists were the first in the world to produce a fertilised egg using frozen sperm nearly 20 years ago however, no-one in Australia has tried to take the embryos through development to tadpoles and frogs before now.

The species chosen for this work was the dwarf green tree frog (Litoria fallax), a common tree frog from the eastern seaboard.

This is ground-breaking and important work. Not only do we need to be able to store frozen sperm from threatened

frogs to preserve species’ genetic diversity, we need to be able to turn those sperm back into live frogs to restore lost genes to wild populations.